A Celebration of 50 Years of Alan Braley’s Art 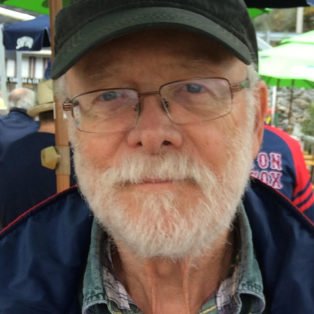 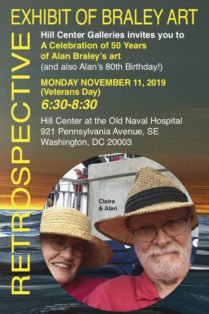 Join us for a retrospective exhibit of the artwork of longtime Capitol Hill resident Alan Braley, as he celebrates 50 years of his art. Enjoy a free glass of wine – and perhaps a rousing rendition of Happy Birthday for his 80th birthday! Remarks by Alan will begin at approximately 7 pm.

New ideas have come and flourished over the years, each growing into a new series. Alan begins with an idea. It grows and sends out shoot, and a series is born. Alan envisions on a core idea. It has always been that way. “Time disappears as color moves you in and among spaces that play with your fantasies. It could be a dream or the uncertain memory of a childhood adventure.”

Alan was born in Cincinnati, Ohio in 1939 where he studied art at an early age. He was inspired by Vincent Van Gogh at the age of 12 to pursue his growing passion for art. Former art director, illustrator, advertising consultant, teacher and designer, Alan graduated from the University of Cincinnati with a BFA in Applied Arts. He also studied at the art academy. Alan is a national award winning artist and designer.

A 50 Year Collection of BraleyArt is on exhibition in our Galleries through December 1, 2019.