A Taste of Hill Center: In the Kitchen with Chef Erik Bruner-Yang and Bonny Wolf 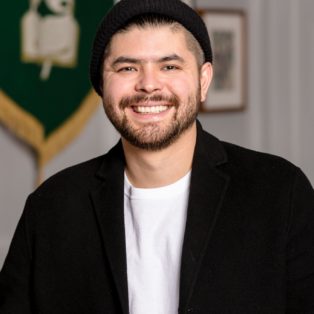 Expect the unexpected when Chef Erik Bruner-Yang of Maketto fame joins veteran food writer Bonny Wolf in Hill Center’s kitchen for delicious conversation and a lively cooking demonstration to fete Hill Center’s 10th Anniversary and the publication of A Taste of Hill Center: Recipes from our Community Table.  This fundraising cookbook celebrates food and fellowship and showcases the diverse culinary traditions embraced by the community Hill Center has brought together over the past decade. Edited by Bonny Wolf, A Taste of Hill Center continues a long national tradition of fundraising cookbooks. The first was published in 1864 to raise funds for Union soldiers wounded in the Civil War – the same year President Abraham Lincoln commissioned Washington, DC’s first naval hospital which ten years ago was reincarnated as Hill Center at the Old Naval Hospital. The cookbook offers more than 140 recipes from many kitchens across Washington, DC’s richly diverse neighborhoods. Included are recipes from chefs with Michelin stars, James Beard Award nominees, as well as neighbors, friends and family.

So pull up a chair to our kitchen table October 21st — who knows who might pop in to see what’s cooking and raise a toast to the singular gathering place Hill Center has become.

Erik Bruner-Yang knows about community-building. And in arguably the worst moment for the restaurant industry, Erik did not focus on simply surviving the pandemic with his restaurants intact; he chose to be expansive in his approach. He looked at what needed doing and dug in. He founded the Power of 10 Initiative by calling investors and raising funds to support both the restaurant industry and those who are food insecure. Funds are donated to restaurants to keep their employees employed, and the meals they turn out are then donated to those in need. He told the Washingtonian, “A lot of people were just trying to figure out how they were going to save their businesses. But what if the only thing left standing where I live was just my business? It was really about keeping our community intact.” He founded Toki Underground in 2011 and has since opened Maketto, ABC Pony, and Yoko & Kota at The Roost DC.

Bonny Wolf is a journalist who has worked as a reporter and editor at newspapers in New Jersey, Texas and Washington, D.C., where she lives. She has been a food commentator for National Public Radio’s Weekend Edition, hosted NPR’s food podcast “Kitchen Window” and has written a food column for the Washington Post. She is also the author of the book Talking with My Mouth Full. As a recipient of the 2021 Capitol Hill Community Achievement Awards and Hill Center board member, Bonny gathered hundreds of recipes from the Hill Center community – from notable chefs to home cooks to delivery devotees – that were compiled into a true community cookbook.

You can pre-order A Taste of Hill Center. Get yours fresh out of the oven while it’s hot!