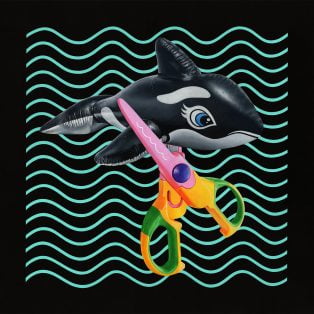 welcomes back returning artist Sarah Jamison to host a fun, interactive mixed media collage art session with the kids. Kids will pull together their favorite pieces of art from different mediums and create collages that will be thrown together as a digital collage masterpiece by Sarah.

Little known fact: Techniques of collage were first used at the time of the invention of paper in China, around 200 BC. The use of collage, however, wasn’t used by many people until the 10th century in Japan, when calligraphers began to apply glued paper, using texts on surfaces, when writing their poems. EAST is proud to promote this ancient Asian art and its major influence on artists today. 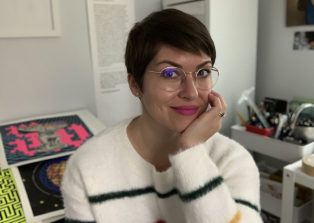 work has been featured around the DC metro area and was voted 2018 Best Visual Artist in the Washington City Paper. She received her BFA in 2010 from the Corcoran College of Art + Design in Washington, DC. In 2017, her work was featured on the Smithsonian’s Folklife website as part of the 50th Anniversary of the Smithsonian Folklife Festival. Sarah’s solo exhibition venues include IA&A at Hillyer and Latela Gallery, both in Washington, DC. Sarah continues to live and create in the nation’s capital.

The Eastern Market Art Series & Teachings – EAST – is an ongoing series that brings artists and children (between 6 and 10 years old) together to explore a different craft or medium each month. Each workshop has volunteer opportunities for youth & teens (11 years old and up) to help support the workshop. Please contact hillcentereast@gmail.com for more information.

Our program is made possible by the Near Southeast Community Partners and the CSX Mitigation Fund as well as the Capitol Hill Community Foundation.