skip to Main Content
Hill Center is operating in a limited capacity due to the COVID-19 pandemic. 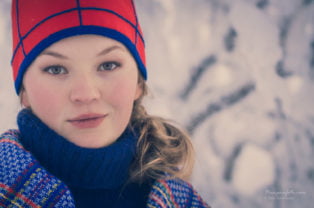 Hill Center is thrilled to welcome Marja Mortensson as part of our Global Sounds series. Marja Mortensson, a young South Saami yoiker and singer from Svahken Sïjte reindeer herding district, in Hedmark County (Norway), has a remarkable voice. Born into a reindeer herding family, Marja’s life, as well as her music, are both firmly rooted in the South Saami way of life. Her songs center around different aspects of her indigenous Saami identity, e.g. the closeness and importance of the environment, as well as both her love for reindeer husbandry and her commitment to the protection and revitalization of the South Saami language.

At the beginning of 2017, Marja released her acclaimed debut album ‘Aarehgïjre’ – Early Spring. A mere year later, she released her new album ‘Mojhtestasse’ – Cultural Heirlooms. This time around, she has chosen to let her unique voice take centre stage; through a minimalistic and acoustic production, which highlights her attention to tradition, she lets her Saami roots guide the final feel of the entire album.  Together with Daniel Herskedal (tuba/bass trumpet) and Jakop Janssønn on percussion, Marja manages to create an intimate soundscape well worth listening to. Overall, the album presents Marja’s voice, musical background and traditional roots in a completely new and stunning way.