Meet the Ambassador: Her Excellency Kirsten Hillman, Canada’s Ambassador to the U.S. 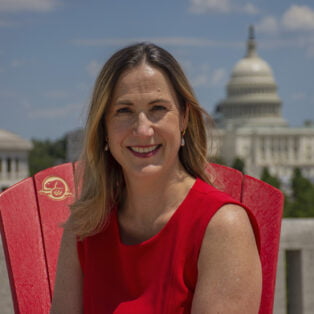 Meet the Ambassador is a new program hosted by Hill Center with former Michigan Governor and Ambassador Jim Blanchard that showcases the diplomatic community in Washington. Through lively, one hour interviews in an informal, but informative format, audiences will get a feel not only for current international issues but a sense of the day-to-day life of a diplomat. The audience will have an opportunity to learn about the unique lives of ambassadors and the challenges of their profession, as well as the critical bilateral relationships between foreign countries and the U.S.

We are delighted to launch the first Meet the Ambassador program with an engaging interview with Ambassador Kirsten Hillman who was appointed Canada’s envoy to the U.S. in March 2020. She is the first woman to hold this critical post for her country in Washington. Prior to her appointment, she served as Acting Ambassador and Deputy Ambassador, bringing a strong portfolio to her current role.

Before joining the Embassy, Ambassador Hillman held a series of key positions at home and abroad (biography), including overseeing Canada’s trade policy and trade negotiations at Global Affairs Canada and providing legal counsel for Canada at the World Trade Organization in Geneva.

Governor Blanchard, a former member of Congress from the state of Michigan and two-term Governor of the state, considers his appointment as U.S. Ambassador to Canada by President Bill Clinton one of the highlights of his public service career (biography).

He is the recipient of numerous awards and honors over the course of his life in public service, including the Foreign Affairs Award for Public Service, an honor bestowed on only a handful of U.S. Ambassadors. In 1997, he wrote a well received book about his time in Canada called “Behind the Embassy Door.” He remains active in public life.