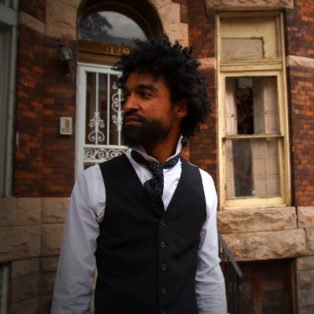 Howard University alum, Kris Funn was born and raised in Baltimore, Maryland. Under the instruction of his father, he began playing the trumpet at age four and took up the double bass upon entering high school. At 23, Kris began touring internationally with alto saxophonist Kenny Garrett. He has traveled to every major jazz festival in the world touching six continents performing with artists including Sean Jones, Benny Golson, Bruce Williams, Nicholas Payton, Warren Wolf, Pharoah Sanders, Jeff Lorber, Christian Scott, Kamasi Washington, Joey Alexander and many others. Kris has appeared on several recordings including the Christian Scott albums, “Yesterday You Said Tomorrow,” “Christian aTunde Adjuah” and “Stretch Music.” In 2017, he released his debut album, “Cornerstore,” and he continues to perform professionally in the Washington, DC area when not touring internationally.

From Benny Golson to Christian Scott, Funn sets the foundation in bands that spans the entire lineage of jazz. As a composer he expands on that foundation to present music as an expression of his experiences becoming a musician.

“[Funn’s], big-boned bass playing is Cornerstore’s foundation, and its lighter fluid. From there, the quartet’s sound twists upward like smoke, kindled by crackling drums and snaky electric guitar.” – CapitalBop.com

“The bassist, unearths his life not through a series of aural home movies, but through the lens of his own emotions.  This is head music in the sense of bobbing, not calculating.” – Mike West, Washington City Paper

Doors open at 6:30pm. Join us for a post-concert wine reception with the artist.