The Life of a Poet: Conversations with Ron Charles – Marilyn Chin 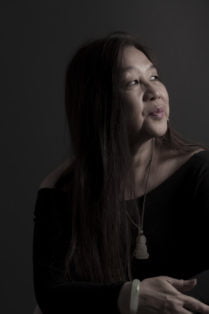 Join Ron Charles, the fiction editor of The Washington Post, for an in-depth discussion with critically acclaimed poet Marilyn Chin. The Life of a Poet series offers a rare opportunity to consider a writer’s entire career and explore the major events that have shaped their work.  Readings from the work are interspersed throughout the conversation. A book signing will follow.

Marilyn Chin was born in Hong Kong and raised in Portland, Oregon.   Her books have become Asian American classics and are taught in classrooms internationally. She is presently celebrating the launch of her new book, “A Portrait of the Self as Nation: New and Selected Poems”(W.W. Norton, 2018).

Marilyn Chin’s other books of poems include “Hard Love Province,” “Rhapsody in Plain Yellow,” “Dwarf Bamboo,” and “The Phoenix Gone, The Terrace Empty.” Her book of wild girl fiction is called “Revenge of the Mooncake Vixen.”

She has won numerous awards, including the PEN/Josephine Miles Award, five Pushcart Prizes, a Fulbright Fellowship to Taiwan, a Lannan Fellowship and others. Chin was featured in Bill Moyers’ PBS series The Language of LifeandPoetry Everywhere, introduced by Garrison Keillor. She is Professor Emerita of San Diego State University, and recently, she was guest poet at universities from Beijing to Berlin. Presently, she serves as a Chancellor for the Academy of American Poets.

Ron Charles is the editor of The Washington Post’s Book World section. For several years, he also edited The Post’s “Poet’s Choice” column in Book World. His reviews have won the National Book Critics Circle Award for best criticism and 1st place for Arts & Entertainment Commentary from the Society for Features Journalism. Washingtonian Magazine named him as one of the 40 people who shaped DC in 2010.

This event is free and open to the public. Reservations are required.

Co-sponsored by Hill Center at the Old Naval Hospital, the Library of Congress, The Washington Post and the Capitol Hill Community Foundation.