skip to Main Content
In accordance with CDC recommendations, masks are required indoors at Hill Center.

Our new series, Perfect Octave, explores the Western canon of music, both in theory and practice. Each season, our curator, Andrew Jonathan Welch, will unpack a musical genre or piece through a lecture and a live performance. Audiences will explore music through its historical and social context and will gain a a deeper understanding and appreciation of classical music. The lecture will feature samples of the works discussed as well as an opportunity for questions. Hill Center will also host a concert featuring the work or works discussed in the lecture, and Andrew will curate the performers accordingly.

Tickets are available for individual events or for seasonal bundles. Lecture tickets are $10 per person, while concert tickets vary by performance. 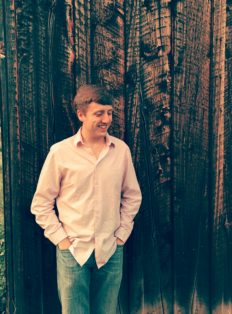 Andrew Jonathan Welch has been active as a pianist, conductor, and composer in Washington, DC for ten years, in which time he has witnessed a tremendous amount of exciting change and growth in the classical music scene. Andrew currently enjoys a varied professional career that sees him regularly performing as both a soloist and collaborator in venues including the Kennedy Center, the Smithsonian, local embassies and universities. Highlights of his recent seasons include a collaboration with the composer Fazil Say on the series at the Phillips Collection, recitals with NSO assistant principal flutist Leah Arsenault and members of the Excelsa Quartet, and a series of collaborations with the Washington Bach Consort. At home as both a soloist and collaborator, Andrew’s recital partners have included such notable local artists as Laura Colgate, Carmen Balthrop, Richard Giarusso, and Noah Getz, with whom he has recorded for Albany Records.

In 2018, Andrew founded the Georgetown Epiphany Festival in 2018 as a vehicle to further increase audience exposure to under-performed repertoire, as well as offering additional performing opportunities for up and coming professional musicians. The festival presents a thematically-linked series of concerts every January and February. This year, the music of Beethoven will be heard alongside works by his teachers and contemporaries, including Haydn, Cherubini, and Spohr. Past performances have seen Andrew conduct works by Mozart and Schoenberg, and play works of Schreker, Schmitt, Bruch, and others.

Andrew serves as the keyboard artist and associate conductor of the Georgetown Chorale, as well as the artistic director and conductor of the SFS Singers, a Chevy Chase-based singing group, and as Director of Music Ministry at Dumbarton United Methodist Church in Georgetown. Andrew is also a dedicated piano teacher whose piano studio comprises students of all ages and abilities. His own mentors number among the eminent musicians of our time and include Rita Sloan, Yuliya Gorenman, Ann Schein, James Ross, and many others. He has studied for multiple summers as a collaborative piano fellow and Elizabeth Paepcke scholarship recipient at the prestigious Aspen Music Festival and School, and is a graduate of the University of Maryland, where he was recognized with the Robert McCoy award in collaborative piano, and American University, where he earned the university’s prestigious Evelyn Swarthout Hayes Award.