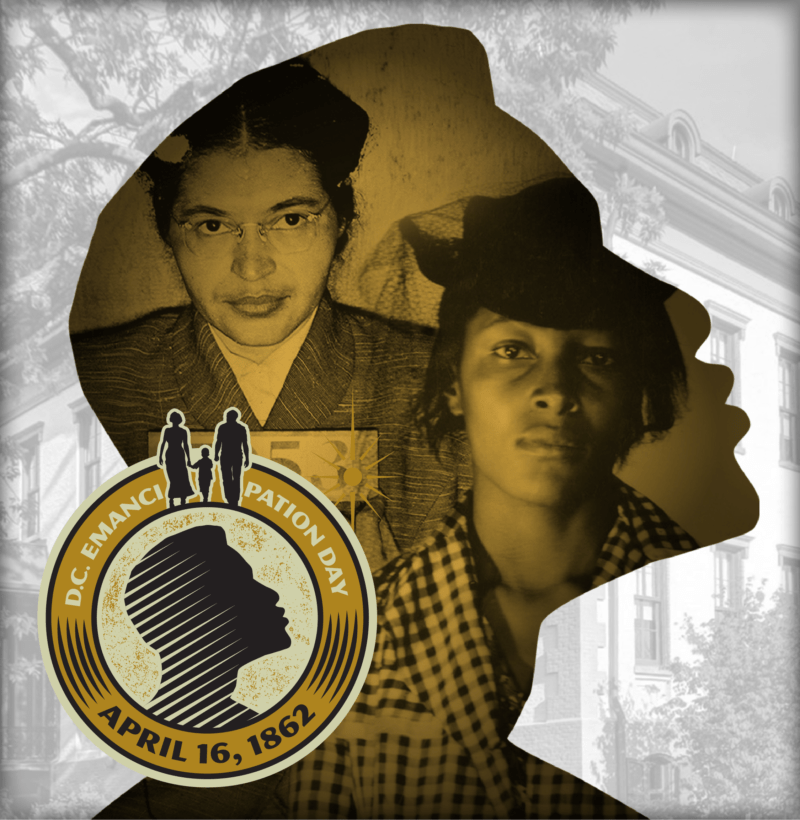 Hill Center at the Old Naval Hospital will honor America’s first liberated slaves with celebratory and scholarly programs that bring together a diverse group of prominent experts, artists, and public figures April 12-15, 2018.

“I appreciate the work of Hill Center to illuminate and celebrate Washington, D.C.’s historic role in the abolishment of slavery,” said Mayor Muriel Bowser.  “Each year, we use this historic moment to renew our push for full democracy and statehood for the residents of the District of Columbia. We will not stop until we achieve full statehood.”

The Celebration’s programs include a walking tour of the Bloomingdale neighborhood which played a pivotal role in ending racial covenants on real estate. Distinguished scholars from across the country will present discussions on African American women and their history of sexual violence and trauma; the 14th Amendment and the meaning of citizenship; and a look back at 1968 Washington, DC, and its narrative of turbulence, tragedy and ultimate transformation. The celebration will conclude with a free concert by Grammy-nominated R&B singer-songwriter, Carolyn Malachi at Capitol Hill’s historic Christ Church.

The Benjamin Drummond Emancipation Day Celebration is sponsored by the Executive Office of the Mayor, American Historical Association, Association for the Study of African American Life and History, and the DC Commission on the Arts & Humanities.

“Carville’s Cure” – Disease, Stigma and a Fight for Justice

An unknown disease, thought to come from Asia, has sickened U.S. citizens. With it have…

When stay at home orders first began, it seemed as if everyone and their mother…

By Bill Press, journalist and host of Talk of the Hill with Bill Press at…